Comments Off on Midsummer office hours

Midsummer, Summer Solstice, Litha a tradition with many names depending on culture. However in Sweden the Midsummer is such an important festivity that there have been serious discussions to make the Midsummer’s Eve into the National Day of Sweden, instead of June 6. But I think Swedes like to leave it as it is the summer fest with lots of myths and to outsiders a great deal of madness.

The cities become wast empty concrete ghettos, because Midsummer is celebrated in the summer cottage, if you don’t have one you most likely have a friend that has one. Midsummer is not only a family affair, it’s a celebration of the relatively short summer and you do that with both friends and family.

Swedes like to scare foreigners telling them about the drawn out banquet of herring, salmon (raw fish, the herring is pickled and the salmon only marinated in salt sugar, white pepper and dill) served with fresh potato preferably from your own garden, sour cream and chives, meatballs, Västerbotten cheese, crisp bread and strawberry cream cake with a steady flow home-made vodka shots ending with you dancing round a big phallus also known as a may pole while we pretend to be frogs. And yes all these things are considered to be good form, even though I have to say that I think most buy their vodka in the store and that the may pole is just a pretty centerpiece to dance around. However both children and grownups are seen hopping around like frogs and playing air-violins.

Legend has it that on the evening before the longest day, girls should pick seven wild flowers, including buttercups and forget-me-nots, and place them under their pillows to dream of their future husbands.

For most Swedes, and most foreigners fortunate enough to experience it, it is simply the best party of the year even though you can count on having to hide from rain at least once during the day. That’s just tradition!

Midsummer Eve always falls on the third Friday in June so people can enjoy a long weekend as celebrations often continue long into Midsummer Day, when people are mainly recovering from the “festivities” of the previous night. 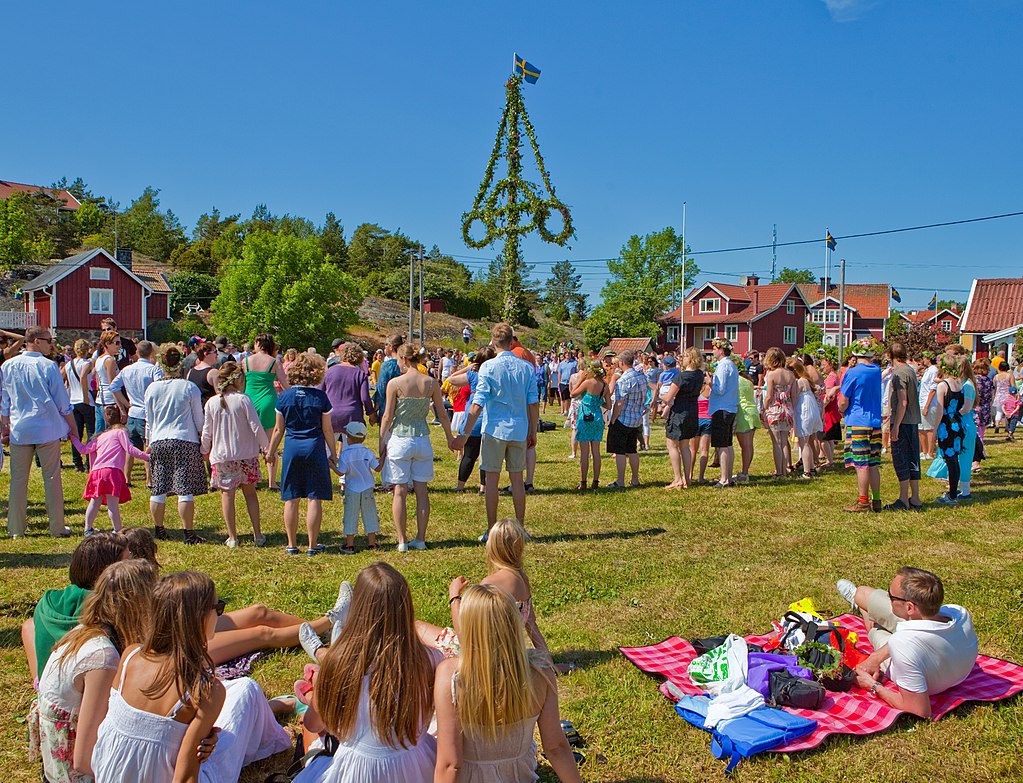 You will also find us here.

Transform your office and keep it dynamic with backdrops reflecting

National day is a fairly young tradition to us Swedes.

Swedes are said to go into the woods very early

Walpurgis Eve and May 1st

Spring is on its way and here in Sweden we

Is there Halloween in Sweden?

It’s not a raging hit here in Sweden YET! But

Midsummer, Summer Solstice, Litha a tradition with many names depending